ReportsTwitter user Kyle Lamb put together a chart showing the number of deaths reported by the Coronavirus Tracking Project linked to the China coronavirus.

The results of his work show that the CTP is adding deaths each week from prior periods that make the current period death totals appear greater than they really are and some of these additions are very suspect. 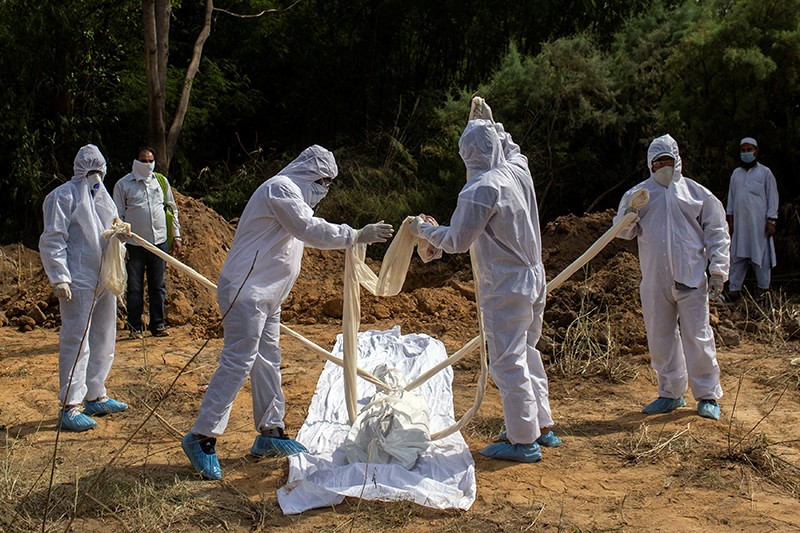 In a typical mortality table you should see a few deaths being reported in week one and many more in the following few weeks but then the number of deaths reported that occurred during a specific week decrease as time goes by.  After a few weeks this lag in reporting diminishes and eventually all deaths are reported.   This is typical in the insurance industry where the industry accounts for deaths being reported on a consistent rate over time with very few claims reported after a few months from the date of event (i.e. the date someone died).  This may seem morbid to those not in the insurance industry but this is how it is done.  Rarely are there jumps in reporting in prior periods unless something odd is going on (e.g. fraud).

What Kyle Lamb shows in his analysis is that the CDC is reporting deaths on a weekly basis.  Many of the deaths are reported in the first few weeks after the death occurred (see cells in red, orange and yellow).

Most recent four week sum of deaths by reporting week:

Lamb reports what he is seeing:

By analyzing this data, we can see if states were changing prior deaths to “probable” or if they’re backlogging. When we do this, we can combat the increasing deaths narrative. What we found this week is that the couple of spikes that were seen in ‘public’ numbers were not spikes

Another individual took the data from the CDC used by Kyle Lamb and created a chart showing anomalies in CDC reporting.  During this past week, the number of deaths reported included deaths from April which were suddenly reported this week.

Kyle nice work. Same data, but with a “heat map” showing the peaks with respect to each column. pic.twitter.com/0ruiO7qgO3

Another individual put together a chart based on the CDC data that shows that deaths have been decreasing since April – no matter what the MSM says:

Alistair, given what we now see in the CDC’s Deaths by Date of Death data, which is broken out only by week, you can make the case that the date of peak deaths (assuming a smoothed curve) falls somewhere around the end of the WE Apr 11 or beginning of WE Apr 18. pic.twitter.com/34IsMIHSen

Sen. Ted Cruz: SHOVELING CASH AT THE PROBLEM AND SHUTTING AMERICA DOWN

MEADOWS: NO EXTENSION OF $600 UNEMPLOYMENT BENEFIT

What You Need To Know About “JOE BIDEN’S COGNITIVE TESTS”